HBO Max Subscription: All You Need To Know About HBO Max Pricing & Plans In 2022 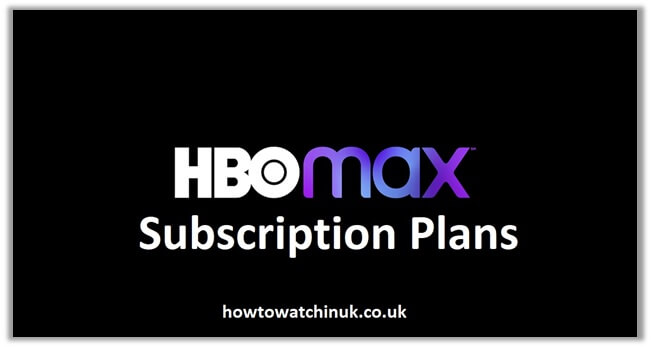 HBO Max has been operational for about two years. With the introduction of its $9.99 per month HBO Max plan, HBO Max may soon be challenging Netflix’s dominance, as it already has over 60 million subscribers.

Subscribers to Warner Media have access to over 13,000 hours of programming, including award-winning HBO series and Max Originals as well as classic Warner Brothers films and DC Comics-based films.

Is it worth the money to subscribe to HBO Max? Although there are several distinctions between this streaming service and others, we’ve gathered all of the information you’ll need to know about HBO Max Pricing & Plans in 2022 so you’ll know whether or not you should get an HBO Max subscription.

Hulu Plans and Prices: How To Get The Best Hulu Deal In 2022

The idea of paying an expensive fee for TV service might seem daunting, but if you’re looking to get into cable cutting or just need more than basic channels then HBO Max is worth checking out. It’s available for only $14.99 per month, but current subscribers can enjoy it for free!

The price point will be familiar with Netflix subscribers who pay $14 per month; however, it’s somehow costly than other services like Hulu which is $5.99 /month, and Disney+ which is $13 per month.

The company has just launched a new tier at $9.99, which includes advertisements. This makes it even harder to ignore for people who look for an excellent streaming service at a cheaper price. HBO Max is actually producing better results than other services in some aspects!

HBO Max Ad-supported subscription is a great deal if you can tolerate the advertisements.

The ad-supported version of this service costs $5 less than its counterpart, but there are some serious tradeoffs that come with saving money – namely watching tons of ads while your favorite program aired or getting interrupted by commercials every 5 minutes on TV shows where they aren’t even licensed!

One thing to keep in mind if you’re considering the ad-supported HBO Max subscription: It doesn’t include access to all of 2021 Warner Bros.’ movies for 30 days after they premier.

HBO Max is a great way to get your favorite movies and TV shows without having any ads. You’ll be able to enjoy everything on this app with select films in 4K Ultra HD, as well as the option to download them for free onto supported devices! Whether you’re looking for something entertaining or educational – there’s plenty here that will suit whatever mood strikes next.

Comparison Of HBO Max Subscription With Other Streaming Services:

HBO Max has finally taken on Netflix with an ad-supported plan that is not only affordable but also provides quality content. At just $9, it edges out the Basic version and makes them serious competition for one of America’s favorite streaming services!

Netflix is still the king of online streaming. It provides nearly three times as much content in terms of hours, with 36000 versus 13000 – and it regularly floods with original programming that you can watch whenever or wherever!

Amazon Prime Video greatly outperforms HBO Max. It’s cheaper than an ad-free HBO Max membership, and it comes with extras like free delivery and streaming music, as well as a massive overall selection of 13,000 movies and TV shows.

You can save around 25% if you subscribe for $119 per year, and hundreds of great movies are available to watch in 4K Ultra HD.

Hulu is a great service for those who want to watch the latest movies and TV shows on-demand. For just $6.99/month or even less, you can get access to over 4K titles available in your library!

With the HBO Max subscription, you’ll have access to hundreds of movies and TV shows. You can purchase a one-time payment that provides full functionality or subscribe on an ongoing basis for less money but with increased advertisements included in your package price.

HBO Max is wisely priced so that even if you have three people in your household with an HBO subscription, they will still come out ahead. Unlimited Screens costs $9.99 per month and each additional screen brings the monthly cost up to a more reasonable amount of money despite being able only to watch new Warner Brothers releases without advertisements!

The more alternatives we have for our entertainment, the better. That’s why learning that there is now a streaming service like HBO Max is exciting. You can easily watch all of your favorite movies and TV shows with an HBO Max subscription, without having to purchase a costly cable package from term definitive date!

This post will provide you with all the information you need to know about HBO Max pricing and plans in 2022.