HBO Max: On How Many Devices It Can Be Simultaneously Viewed In 2022 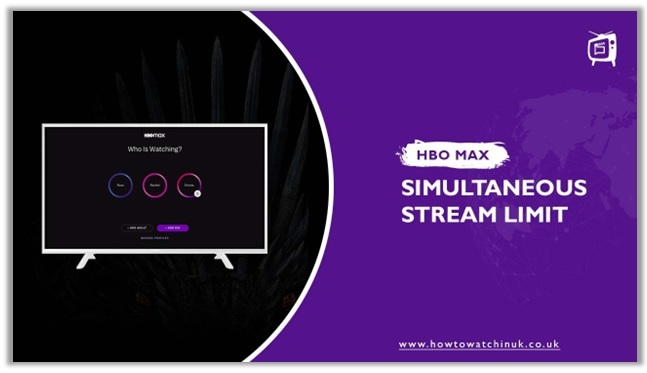 HBO Max is constantly adding new content, and the vast majority of it has IMDb ratings or reviews that are top-notch. As a result, you’ll probably want to share your HBO Max account with family and friends!

The question arises as, to how many devices HBO Max can be simultaneously viewed in 2022? When compared to similar services in this price range, you could be shocked at how generous their simultaneous streaming policy is.

Three devices may be used simultaneously by HBO Max subscribers. You can have several devices linked to your account as you like.  However, one account can only send three videos at once.

This article will teach you how to broadcast HBO Max on up to three devices simultaneously, as well as provide more information about simultaneous streams limitations and other profile-related concerns.

You may view HBO Max on your mobile device by following these directions:

You can still use the HBO Max app if you’re streaming an HBO Max program on three devices, by following mentioned below steps;

Because you can store a total of 30 downloaded films on your HBO Max account, you may watch them on up to 30 different devices. Technically, this implies that you can view anything on as many as 33 devices (Three people may stream HBO Max at once, while 30 mobile devices can do so with a downloaded program or movie).

If you try to exceed any of the screen restrictions described above, you’ll receive an error message stating that you’re watching on too many devices at once through your HBO Max account. If this happens, it’s because you’re viewing on three devices simultaneously or someone else is.

To find out which gadgets have been used recently, perform the following steps:

Only add devices to the list if they are yours. Make sure you don’t have a stream still active on them unless you want to broadcast your media indefinitely. If you don’t recognize a gadget on the list, it’s possible that someone is using your HBO Max account without your consent.

If someone uses your account without your permission, you may use this information to contact the HBO Max Help center and they can assist you with identifying and stopping fraud.

Number Of Profiles On HBO Max

A profile is tied to your HBO Max account rather than a specific device. Any device you use to access HBO Max will be able to see the profiles connected with your HBO Max account. Users may create as many HBO Max accounts as they wish, each with its own customizable profiles, saved favorites and suggested material tailored to the tastes of each household member.

During the signup procedure, your account will be assigned a primary profile automatically. You may then establish up to five additional Profiles within your account for a total of five.

This article will provide you with a good idea about HBO Max, including how many devices it can be viewed simultaneously in 2022.

HBO Max is a popular video streaming service in many countries throughout the world. You may enjoy a huge number of films and series using this service. There are several benefits to signing up for HBO Max, including the ability to watch it on numerous devices at the same time and save HBO Max content locally so you can view it offline.