“How to Watch BT Sport Outside the UK?” is a question many people ask themselves. It’s not just for British residents traveling abroad who want to watch their favorite team play, but also for anyone outside the UK that wants access to the full range of sports on offer from BT Sport.

How can you get around this issue? How can you log on and enjoy your favorite sport or game with ease? This article will teach you how to watch BT Sport outside of the UK so that your favorite teams are never out of sight!

Quick Guide: How To Watch BT Sport Outside UK

To unblock BT Sport streaming service outside the UK, you need to take the following steps:

How To Watch BT Sport Outside The UK On Different Devices

Try using a UK IP address on your device if you want to watch BT Sport. This will enable you to download the app or stream videos on both Android and iOS devices.

If you live outside the UK and are looking to watch BT Sport on your phone or tablet, you simply need to follow these steps to get its access;

After following the given steps, you can watch BT Sport outside of the UK on your iOS device:

Why Does A VPN Sometimes Not Work With BT Sport?

BT Sports may not work with your VPN for several reasons.BT Sport aims to block VPN technology, so accessing the service while abroad requires a VPN that regularly updates servers and offers plenty of choices, such as ExpressVPN, the highly recommended VPN Service Provider.

Your location may be tracked based on old data from before the VPN connection was established. To watch BT Sport away from the UK, simply open your browser’s incognito window and refresh the page by clearing out cookies.

If these steps don’t work, contact your VPN provider for help. They might know of a server that works in your location.

What Is The Economical And Low-Cost Way To Get BT Sport?

EE customers can claim an economical package. Just send an SMS with the word SPORT to 150 from within your EE network and get three months of BT Sport for free. BT Sport will automatically renew at £10 per month if you do not cancel the subscription within the time limit defined by BT Sports.

If you have a BT broadband subscription, the service costs £15 per month. Alternatively, you’ll be charged the full £25 per month fee. A free trial period is not available, though there are no long-term commitments.

What Best Sports You Can Watch On BT Sport?

Following is the list of the Sports, that you can easily watch on BT Sports;

Now that BT Sport has renewed its Premier League coverage for three more years, you should subscribe to the service to get the most out of this popular league. 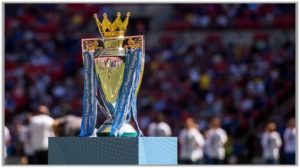 Watching your favorite English Premier League online is now possible. You can watch the EPL in 2021 live from your home as it comes available online on BT Sport’s website and companion app.

The tournament includes 380 matches which have already started in August’2021 and will end in 2022.

Despite the proliferation of VPN service providers today, it is still difficult to find a good one that can allow access to BT Sports outside the UK in 2022. We have strict criteria so that we can provide service customers will love. Criteria are mentioned below; if the VPN doesn’t meet them, it won’t be used for streaming needs.

For a VPN to meet the benchmarks, it must be able to:

The following three VPNs are found to be the best because they performed well when tested to access BT Sport outside of the UK.

ExpressVPN – Best VPN To Watch BT Sports Outside The UK 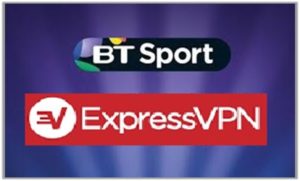 If you’re interested in a VPN service that prioritizes your privacy and security, ExpressVPN should be the prime choice. Its speeds are solid, and the interface on its website is clean and user-friendly.

ExpressVPN offers 3,000+ servers in 94 countries including the UK. It has 4 servers in 3 cities of the UK (Docklands, London, and Wembley) so watching BT TV outside the UK  shouldn’t be difficult.

The service boasts an average download speed of 89.76 megabits per second at 100 megabits per second, making it the fastest VPN for streaming according to our speed tests. It can unblock a slew of popular streaming services like Sling TV, Disney Plus,  ESPN Plus,  Netflix, Amazon Prime, BBC iPlayer, HBO Max, Sky Sports, Channel 4, BFI Player, DIRECTV, Australian TV, and TVNZ

If you have a subscription to ExpressVPN, its integrated DNS servers protect your connection from leakage and if your Internet drops at any point while streaming content or accessing services like BT Sport, the service will cease to show it.

If people are using Android and iPhone devices, or Windows, macOS, and Linux desktops they need to download the ExpressVPN apps. The service operates in a region outside of British jurisdiction, it is not bound to adhere to any mandatory data requests.

Although the BT Sport service does keep some traffic logs of your date, time, choice of location, and bandwidth used, they are not recorded with your IP address.

UNBLOCK BT SPORTS EASILY: BT Sport is only available to viewers in the United Kingdom, but it can be unlocked using ExpressVPN. This VPN has fast speeds for utmost viewing experience and total security as well. Users get a 30-day refund policy if dissatisfied with the service.

NordVPN – Most Reliable VPN To Watch BT Sports Outside The UK 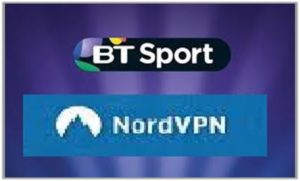 The success of the service has allowed it to operate for more than a decade. It is a fast and secure VPN that meets all security standards. Since NordVPN provides a high level of security and privacy to the users with no logs and DNS leaks.

Their server network spans over 59 countries, making it one of the best choices for anyone looking to access the web. There are 672 server locations in the UK alone which should allow you to stream BT Sport without fear of restrictions.

MOST RELIABLE VPN FOR BT SPORTS: NordVPN is incredibly fast and secure. It allows up to six other devices to go online at the same time. The service has a true no-logs policy, plus you get a 30-day money-back guarantee if you’re not completely happy with it.

Surfshark – Budget-Friendly VPN To watch BT Sports Outside The UK 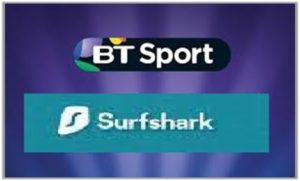 Surfshark has more than 3,200 servers in 63 countries all over the world, offering 3 UK servers in 3 cities(Glasgow, Manchester, and London). Many of the Surfshark servers reroute your traffic multiple times to prevent any outside interference or surveillance This VPN has a wide range of high-quality Network Extensions for visitors from all over the world to unblock BT Sport and other popular services such as Netflix, Disney Plus, Hulu.

It is the second-fastest VPN for downloading. On average, it downloads at 77.24 Mbps on a 100 Mbps server. Surfshark allows an unlimited number of simultaneous connections.

Surfshark is good at unblocking many geo-restricted streaming sites such as ATRESplayer,  YouTube TV, Hulu, 7Plus, Tubi TV, Starz, TF1, ProSieben, TVB, DStv, and many more.

Surfshark is a great option because it prides itself on offering a lot of advanced features without making them difficult for the user to understand or find what they are looking for. Even though there are many options, all of them can be easily toggled on and off with simple button presses.

Surfshark does not keep any logs of your activities, so it would be impossible for them to monitor what you’re doing even if they wanted to. Another great thing about this VPN is that it allows streaming speeds up.

The cherry on the top is that it is a budget-friendly VPN. Its Pricing plan is relatively inexpensive as compared to other VPN services at $2.49/month for the 2-year plan. Furthermore, Surfshark offers a 30-day money-back guarantee.

Surfshark can be manually configured for several devices, such as laptops and mobile phones. This VPN also provides support for both the Linux and Windows operating systems, as well as Android and iOS devices.

Budget-Friendly: Inexpensive and speedy Surfshark offers access to the UK’s BT Sport sports channel while you are traveling abroad. With it, you can watch events on all of your devices at the same time.

Is Smart DNS A Better Option For Watching BT Sport Outside The UK?

Instead of using a Smart DNS, it is recommended to use a VPN. Channels and platforms are now aware of the Smart DNS system and will block you from accessing the site if you were using one.

A Smart DNS does not change your IP address or encrypt your traffic, so you can expect a dramatic reduction in the speed of your internet connection. The DNS also does not provide security similar to VPN because users are identifiable and traffic is unencrypted.

So, it is recommended to use the services of Best VPN Provider instead of DNS to experience smooth, speedy, and secured streaming.

To watch BT Sports, do I need to have a BT Broadband plan?

No. BT Sport Monthly Pass enables you to enjoy streaming sports without having to commit to a long-term broadband deal or pay an upfront fee.

How can I get access to BT Sport for a free while outside the UK?

Can I access the BT Sport app when abroad?

Yes, you can watch BT Sport outside the UK with a VPN.

[accordion_inner id="5" title=" Can you use a free VPN service to unblock BT Sports outside the UK?"]

Yes, but it is not recommended. Free VPNs are not reliable VPN services as compared to premium VPN due to less number of servers, lack of bandwidth, and reliable security features.

BT Sport is a sports service that you can only get in the UK. To Watch BT Sport outside the UK, you will need a VPN with servers in the United Kingdom. With our recommended ExpressVPN, you can access all of BT Sport’s live broadcasts from anywhere in the world.

We hope that this blog post would be beneficial for you in getting access to BT Sports outside the UK. If you have any queries regarding this blog post, please do contact us, we would be happy to resolve your confusion on the spot.